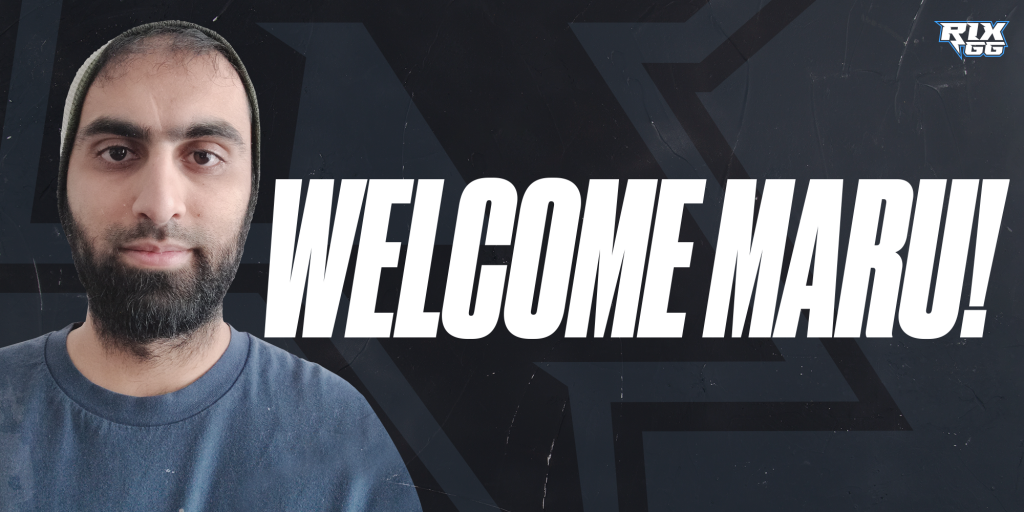 Umar “Maru” Aswat is most known for his admin work across top CS:GO esports events in the UK and internationally including BLAST, ESL, Insomnia, and epic.LAN among others. Umar will manage all tournaments and events at Rix.GG including a series of tournaments yet to be announced.

Jamie Lewis, CEO and Founder, said: “Umar is a British LAN legend and we’re extremely excited to have him fronting our tournament operations moving forward. Maru will be instrumental in ensuring all the Rix.GG tournaments are fair, competitive, and as smooth as possible, as well as a fun broadcast for everyone at home.”

When Rix.GG first contacted me, it wasn’t a ‘we would like to talk to you about our plans’. It was more of a ‘we want you to be part of our plans’ and that reignited a feeling I haven’t felt in a while.

I haven’t had the opportunity to be in a leadership role in a full-time capacity, so I am excited to be able to showcase my talents and be creative, but also encourage and nurture new talents to become better. I also want to help players know that they have a place to play, casually or competitively, without the fear of mismanagement. Feedback is one of the greatest tools when utilised correctly and I will do my best to make sure your voice is heard.

Finally, I have the opportunity to work in the field I love, esports. Many people who have worked with me know that I get my ‘fix’ when a tournament runs as good as it could possibly be.

I just want to say a final thank you to everyone who I have worked with, to the organisers who I have worked for and to the players who have helped me with all the feedback. You have all helped me get to this position today. I’m ready to start this new chapter and help UK esports be the best it can be!”