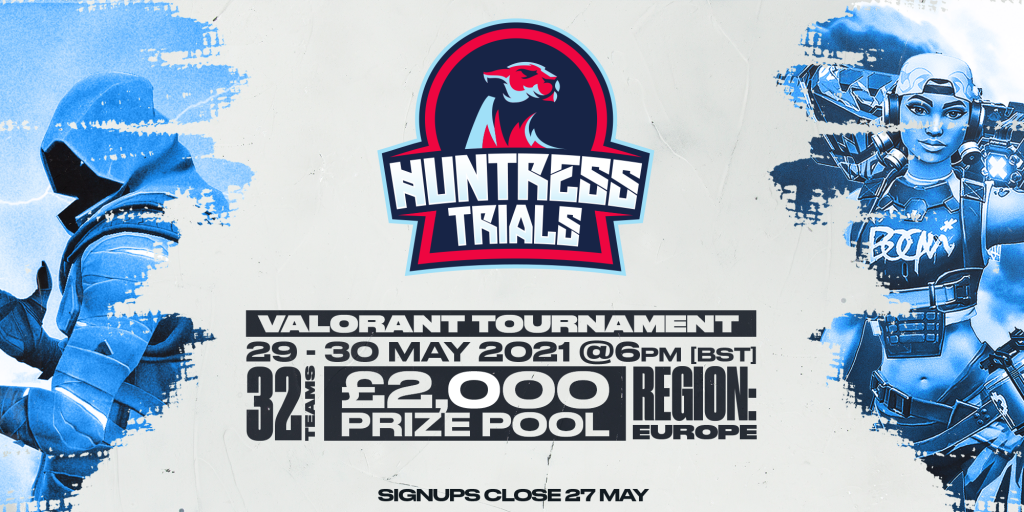 Rix.GG, a top UK esports organisation, announces it will host and sponsor a grassroots tournament for women and marginalised genders called the “Rix.GG – Huntress Trials – May – VALORANT – EU Open”.

The competition will feature up to 32 teams in total from across the EU, in a 5v5, single-elimination bracket, best of 3 (Bo3). Winners from the bracket will advance to the Grand Final which will be a best of 3 (Bo3) with a chance to take home the first prize.

The casters for this event will be returning casters Layla “tk_Layla”  and Samantha “NaoriMizuki” Timms. Overseeing the tournament will be Tournament and Events Manager, Umar ‘Maru’ Aswat. The production team will consist of Producer Jakub “Atroix” Szmyt and Jay “Salty_Jayy” Batzofin as our returning observer with the support of tournament admin Anna Møller.