Rix.GG announces the departure of Lightning 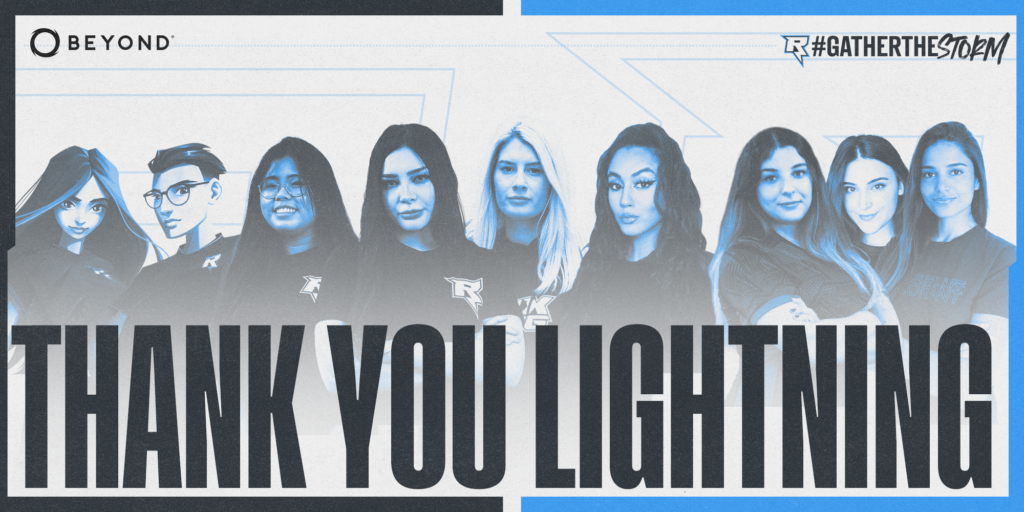 Rix.GG announces the departure of Lightning

The British org will also be saying goodbye to Nicole Sølvmose, who was head of Esports Inclusion and team manager for Lightning. Nicole worked diligently to ensure gender equality within Rix.GG and has been a key member of staff and a shining light for women in esports since coming aboard.

Since its inception, Lightning has been one of Rix.GG’s proudest teams, representing us on the global stage and setting a professional standard for women in esports. Lightning was the first professional female and marginalised gender Valorant team to be signed in Europe and was selected from the Huntress Trials, Rix.GG’s trailblazing female tournament.

With a heavy heart, Rix.GG have thanked Lightning and all of the staff working behind the scenes for their dedication and commitment to the organisation.

Zack Chandler, CGO of Rix.GG, said: “Being the very first organisation to sign a professional female team in Valorant, we are very sad to see Lightning go. We’d like to use this space to thank everyone that has worked so hard to give Lightning a home they are proud of, from managers and coaches, to the women themselves.”

While playing for Rix.GG, Lightning roster remained in the Top 5 European Game Changers teams, took second place in the first Game Changers series, and set a series of world firsts for the female and marginalised gender scene of Valorant.

Nicole Sølvmose said: “When I first joined Rix.GG back in March 2021 as their Head of Esports Inclusion my intention wasn’t to head back into Team Management, until we conducted our 2nd ever edition of Huntress Trials VALORANT and I got to meet our 1st Lightning roster, who back then played as LaGals – And they immediately stole my heart. From managing the first roster and to now, I’ve had the honor of watching these women grow into even more amazing human beings and players. I am incredibly proud of each Lightning member whom I’ve ever managed, and they all should know, that no matter the path they’ve gone down, I’ve always got their back“.

‘Padge’, Valorant Lightning player said: “Big thanks to everyone at Rix.GG for such an amazing opportunity. I have had such a great time and couldn’t be more grateful for Rix.GG being my first organisation. I want to thank all the girls I have worked with in my time at Rix.GG and also the management for being so patient and supportive of me. I wish Rix.GG  the best of luck in the future and thank you so much.”

‘Raina’, Valorant Lightning player said: “Rix.GG was my first org to pick me up as a professional valorant player. They have treated me professionally and have been very supportive! They are the best org I have ever been in! Sadly my journey ends with them today and I am very grateful for everything Rix.GG has done for me. I had a great time with RixGG❤️”

Rix.GG empowers esports athletes to reach their full potential through unique opportunities, support, and competitive training. Founded by Jamie Lewis and a team of investors in 2020, the esports organisation launched by signing one of the UK’s best Valorant teams featuring homegrown talent. Rix.GG aims to grow grassroots esports in the UK by developing athletes, signing rosters in other titles, holding tournaments and other esports events. Learn more at https://www.rix.gg