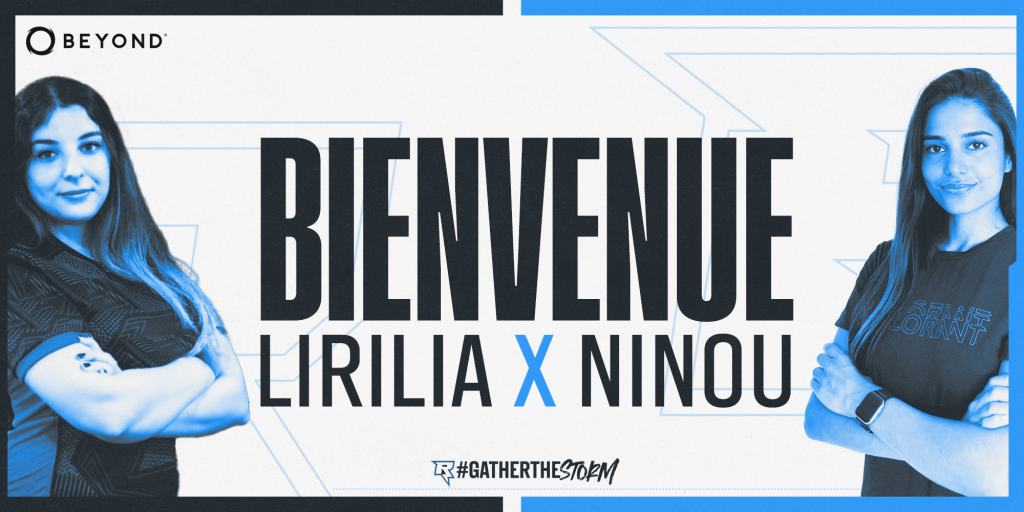 Nouhara ‘Ninou’ Marcos is a professional VALORANT player based in France. She previously competed on TENSTAR where she won back-to-back VCT Game Changer events and 3 Huntress Trials events.

Asma ‘LiriLia’ Boughidas is a professional VALORANT player based in France. LiriLia previously competed in CSGO but decided to switch to VALORANT as soon as the beta was released. Soon after, she joined up with Ninou to create TENSTAR and win back-to-back VCT Game Changer events.

Nicole Sølvmose said: “There’s no doubt from my side that LiriLia & Ninou fit in perfectly with Lightning. There’s been a fire sparked within the team and I cannot wait for them to showcase their newly profound strength together, but also for them to show how much stronger they’ll become. We’ve never been underdogs and we never will be.”

We asked LiriLia: How is the future looking for you and the team now that the roster is complete for this upcoming split?

“At the moment I’m very happy with the team, so the future is looking very bright. We are still a new line-up with a lot of things to improve, but the positive thing is that the potential of this team is incredible, the atmosphere is conducive to progress, and I can only see success in this team. Each player is determined, hardworking, attentive and very talented, and that is exactly what I need as a leader in game in my team to be able to fully enjoy my role and offer the team what they expect from me. For me, the adventure has just begun!”

Nouhara ‘Ninou’ Marcos said: “After my adventure end with TENSTAR I had the opportunity to try out with RIX.GG Lightning and I immediatly loved the team vibes, everyone is nice, professional and there is no toxicity at all. Besides RIX has always been one of the best team on the women’s scene, I know there is big potential and we can dream BIG”

Rix.GG empowers esports athletes to reach their full potential through unique opportunities, support, and competitive training. Founded by Jamie Lewis and a team of investors in 2020, the esports organisation launched by signing one of the UK’s best Valorant teams featuring homegrown talent. Rix.GG aims to grow grassroots esports in the UK by developing athletes, signing rosters in other titles, holding tournaments and other esports events. Learn more at https://www.rix.gg