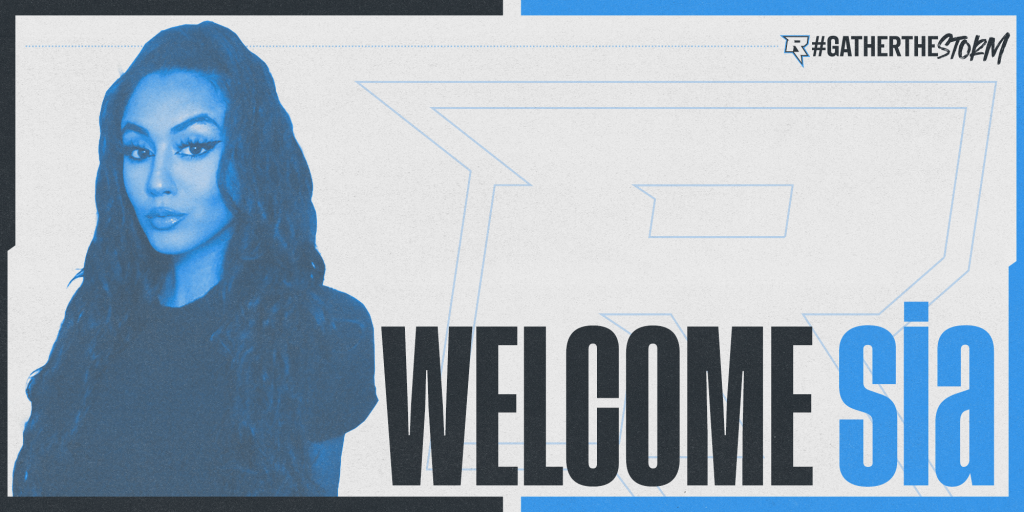 Yoldez “sia” Matri is a 22-year-old VALORANT player from France. Having dreamed of becoming a professional esports player since the age of 12, she tried different FPS games, realising in the end that VALORANT was her game. She started her competitive career playing in a mix with Gangsterz. Then she joined Lux Nova, Chatbanned and Futbolist. Yoldez “sia” Matri has now joined Rix.GG to grow as a player and to represent women and minorities in esports.

Zack Chandler, Head of Esports, said: “Having sia join the team is exactly what we need to propel Lightning into a new year with a new surge of energy, yet another shining example of the skill in this growing and flourishing scene.”

Nicole Sølvmose, Team Manager, said: “Bringing Sia onboard truly has started a new chapter for Lightning. She’s a breath of fresh air, motivation, talent, funky ideas and hype – She’s definitely a fierce person and player, and I can’t wait to see her and the team grow together as a unit! We’re ready for a strong 2022, bring it on.”

Tommi ‘Toma’ Lehtinen, Lightning Coach, said: “Bringing Sia onboard has been very exciting. She is taking on the IGL role in the team and we have been working hard to prepare for the upcoming VCT tournaments. Right now we are more skilled than ever and ready to fight for the trophies.”

When asked about why she wanted to join Rix, Yoldez “sia” Matri, player, said: “I used to look up to LAGALS/Rix a lot while growing into the scene. I’ve always found them pretty impressive. Things were pretty blurry in my previous team and I didn’t feel as happy as I used to. So when I had the occasion to try out for Rix, I instantly went for it. Rix is made of wonderful and talented players. Outside of that the org is very open and always outspoken when it comes to minorities and marginalized genders, which is why I’ve always wanted to join them.”

Additionally, Yoldez “sia” Matri, player, said: “Playing now within Rix.GG Lightning I wanna grow even more with them, work our hardest to win trophies. I wanna make a dynasty with these girls and become a good representation for women and minorities in esports!”