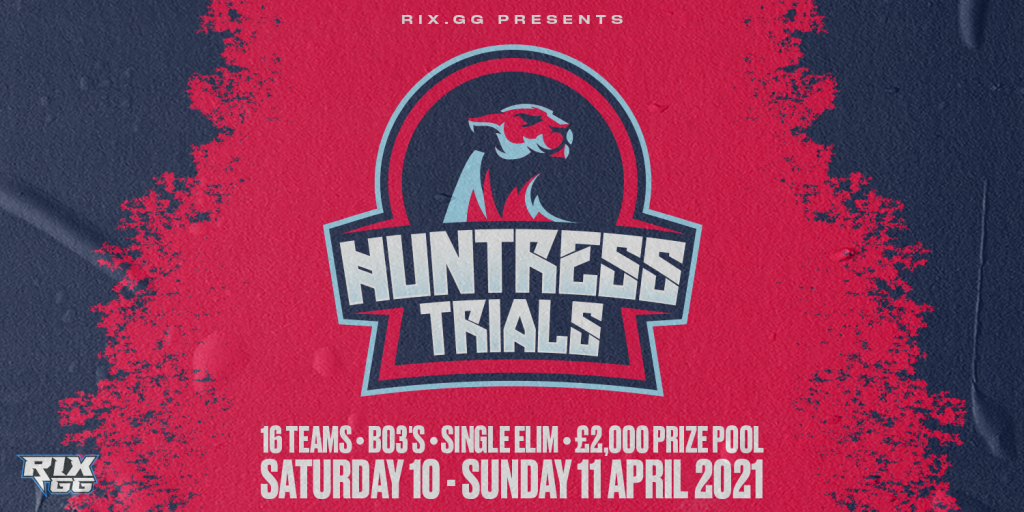 The Huntress Trials April VALORANT EU Open, sponsored and hosted by Rix.GG, will take place on the 10th and 11th of April from 12:00 PM GMT to 18:00 PM BST on Saturday and Sunday.

The competition will feature up to 16 teams in total from across the EU, in a 5v5, single-elimination bracket, best of 3 (Bo3). Winners from the bracket will advance to the Grand Final which will be a best of 3 (Bo3) with a chance to take home the first prize.

The casters for this event will be returning casters Layla “tk_Layla”  and Samantha “NaoriMizuki” Timms. Layla and Sam previously worked with Rix.GG on the Huntress Trials tournament in partnership with British Esports Association back in January 2021.

Teams interested in participating can sign up using our form. Only the first 16 eligible teams will be allowed to participate.

Country restrictions are set by VALORANT and Riot Games tournament licenses. For the purpose of this tournament, teams must have the majority of their players from a qualified region. Rix.GG has been granted an EU license though some country restrictions may apply, see ChallengerMode for the full list of eligible countries.