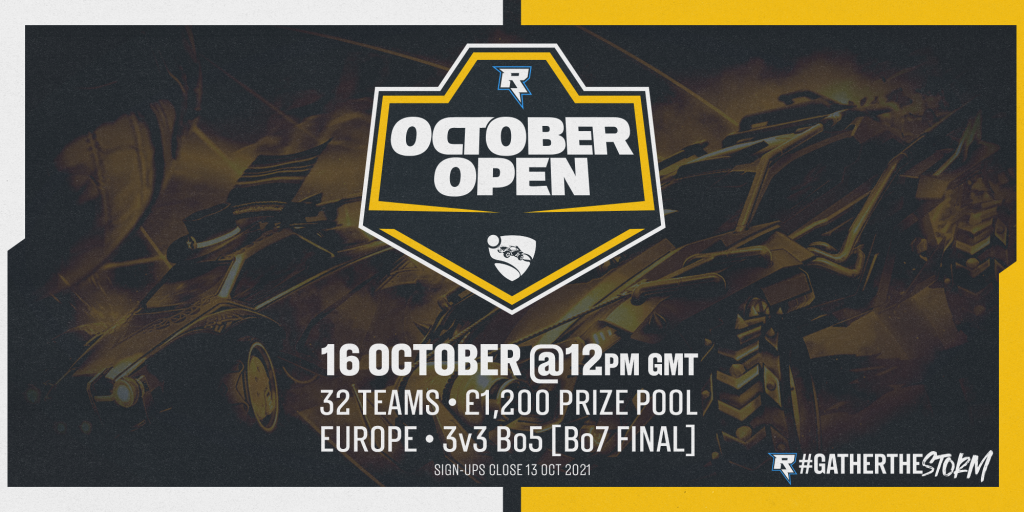 The competition will feature up to 16 teams in total from across Europe, in a single elimination bracket, best of 5 (Bo5). The winners will advance to a best of 7 Final (Bo7).

The casters for the event will be returning casters Sam “NowCynical” Kilby and Adam “SolarrBoop” Wright. Overseeing the tournament will be Tournament and Events Manager, Umar ‘Maru’ Aswat, with support of admins Niklas “Smudi” Loos and Sascha “alla” Kiesewetter.

The production team will consist of Tycho “CheeseCake.” van Tussenbroek as Producer and Observer.

Teams interested in participating can sign up using our form by 14 October 2021 21:00 PM BST.  Only the first 16 eligible teams will be allowed to participate. All players have to be at least Grand Champion 1 in one of the three main game modes (1v1, 2v2 or 3v3). All players must be from Europe.