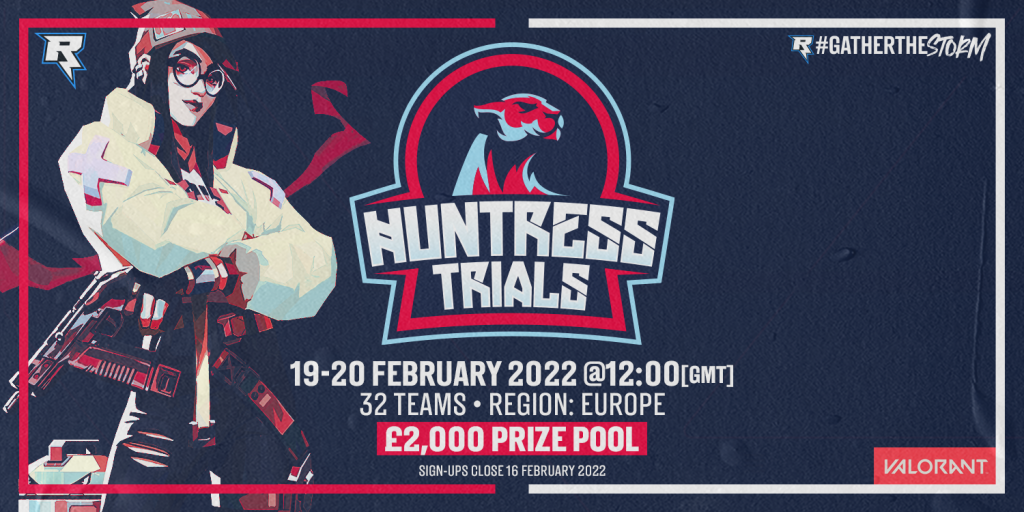 The Huntress Trials tournament will start on Saturday the 19th February at 12:00 GMT and will continue on Sunday the 20th February 12:00 GMT.

The competition will feature up to 32 competing teams in total from across the EU and the UK, in a 5v5, single-elimination bracket, best of 3 (Bo3). Winners from the bracket will advance to the Grand Final which will be a best of 3 (Bo3) with a chance to take home the first prize.

The casters for this event will be the returning Samantha “NaoriMizuki” Timms and Layla “TK Layla” Abbott. Overseeing the tournament will be Tournament and Events Manager, Umar ‘Maru’ Aswat, with the support of admins Nicole ‘Wolf’ Sølvmose, and Jorden ‘Raen’ Dakin-White, as well as Observer Samantha “Benolot” Fry.

The production for the Huntress Trials tournament will be overseen by Jakob “Atroix” Szmyt and will include his BSc Esports Production Year 2 students at Confetti Institute of Creative Technologies. Alex ‘DineOhSaw’ will be the main producer for this event.

We are delighted that we are able to assist with the grassroots development of future production staff as well as grassroots players. Gin Rai, Head of Esports said “We at Confetti are excited to work with Rix and the Huntress Trials. This is another great opportunity to provide our students with real broadcast production experience whilst elevating recognition for women and marginalised genders in esports.”

Format: 5v5; Single-Elimination; Best of 3 (Bo3) including the final