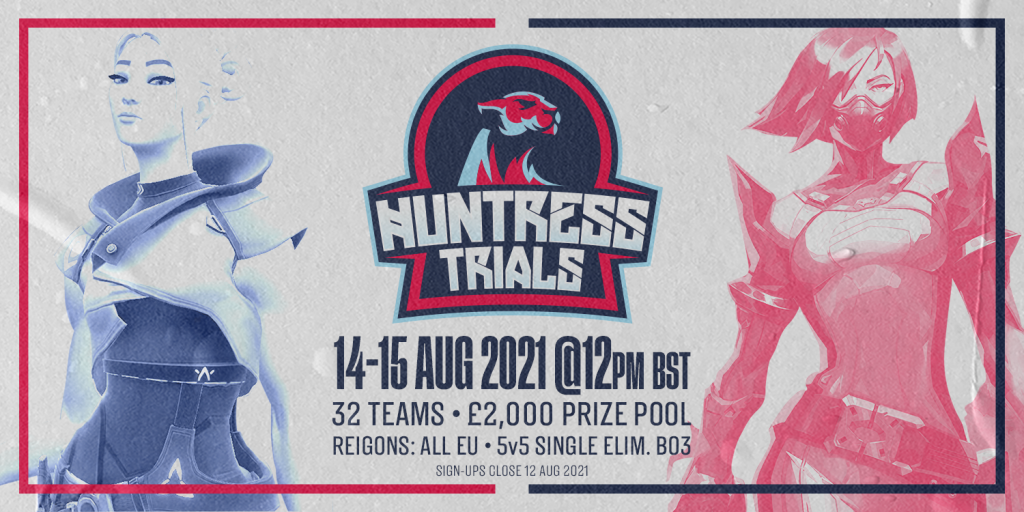 The competition will feature up to 32 competing teams in total from across the EU and the UK, in a 5v5, single-elimination bracket, best of 3 (Bo3). Winners from the bracket will advance to the Grand Final which will be a best of 3 (Bo3) with a chance to take home the first prize.

The casters for this event will be returning casters Samantha “NaoriMizuki” Timms and Layla “TK Layla” Abbott. Overseeing the tournament will be Tournament and Events Manager, Umar ‘Maru’ Aswat, with support of admins Nicole ‘Wolf’ Sølvmose, and Jorden ‘Raen’ Dakin-White. The production team will consist of Producers Harrison “Hariboe” Barber-Scargill (Saturday) and Cynthia “Cinzya” Ebert (Sunday), as well as Observer Samantha “Benolot” Fry on both days.

Teams interested in participating can sign up via our form by Thursday, 12th August at 21:00 BST/22:00 CEST. Only the first 32 eligible teams will be allowed to participate. This tournament is only for female and marginalised gender teams.

Format: 5v5; Single-Elimination; Best of 3 (Bo3) including the final