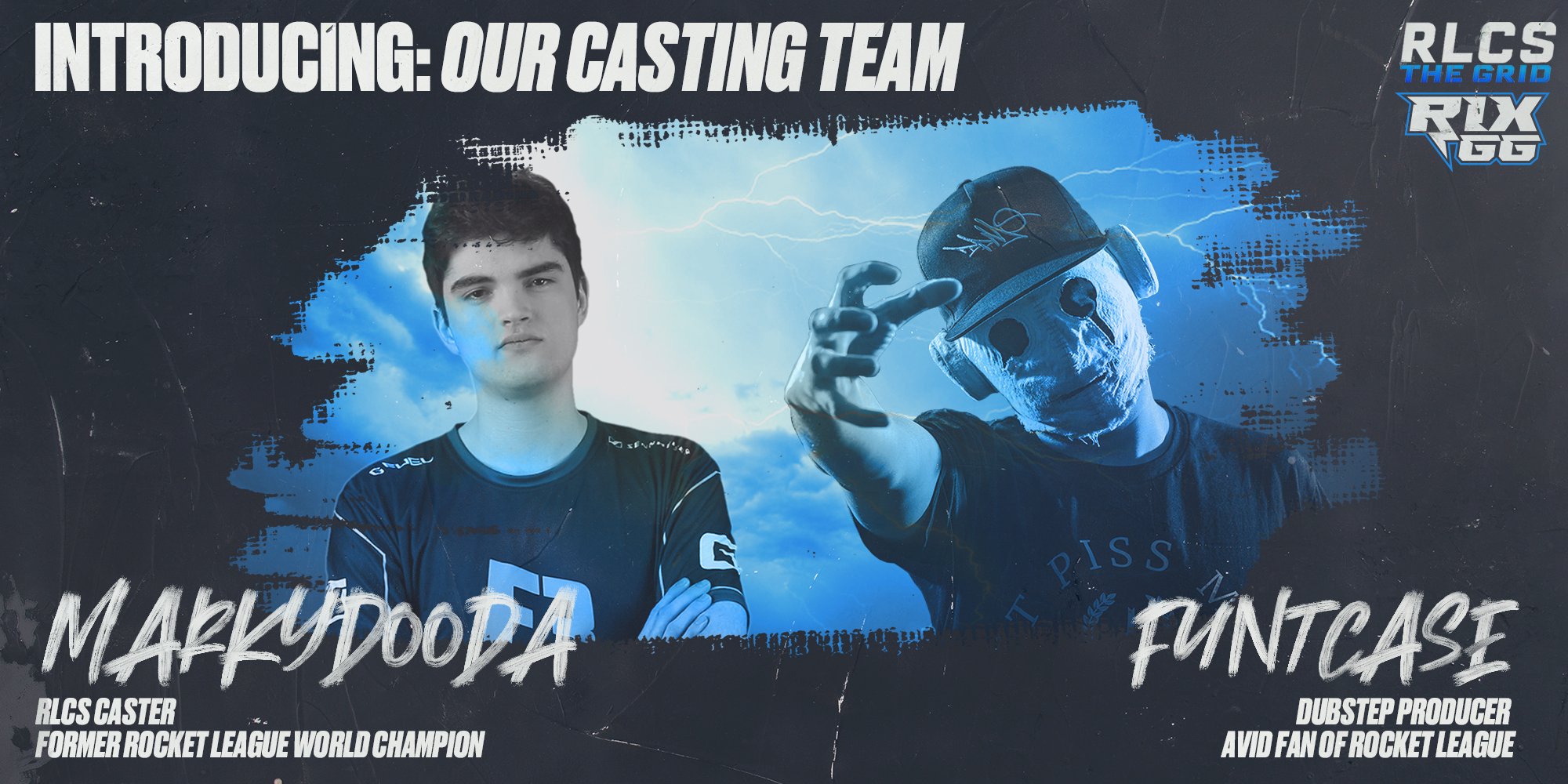 Mark “Markydooda” Exton is a former Rocket League professional that began his career in 2015. He became known within the Rocket League scene for his twitchy eyebrows, which were later immortalised in the “Hustle Brows” topper from the RLCS Season 3 fan drops. Mark now spends the majority of his time on screen as a Rocket League Commentator and analyst casting events like the RLCS Season X – Fall: EU Major.

James “FuntCase” Hazell is an avid fan of Rocket League but made a name for himself as a UK dubstep artist performing around the globe. James began his music production career in 2007 making drum and bass. In 2009 he produced his first dubstep track ‘Make Our Day’ and was quickly signed to a record label. This will be his first official appearance in the Rocket League scene.

Ibrahim “Ibby” Taylor, Rocket League Manager, said: “Here at RixGG we always strive to do things a little differently to ensure something engaging and fun for our fans. This is why we wanted to balance out our cast and do something new. Funtcase is someone we are very fond of, a world-known dubstep producer and someone who has put countless hours into Rocket League. He regularly streams his RL sessions where he is hard stuck in Grand Champion due to poor teammates. He has a keen interest in the competitive scene and his personality is a perfect fit for the veteran Markydooda. We expect some honest takes, strong language, and a very entertaining experience for fans who want to follow our run through RLCS X The Grid.”

You can watch all the action on the Rix.GG Twitch: https://www.twitch.tv/rixesports